Brian A. Dasinger was born and raised in the small town of Brewton, Alabama where he was the youngest of seven siblings and blessed to have a loving devoted mother and a father who was a Dentist for over 40 years. Brian attended high school at T.R. Miller and lettered in football and golf. After graduating in 1991, he attended Huntingdon College in Montgomery on a golf scholarship. While there, Brian was a four year letterman and was a part of two National Championship Golf teams. After graduating in 1995 with a degree in history, Brian played professional golf for three years before attending Jones Law School in Montgomery in 1998.

While in law school, Brian clerked for one of the most prestigious and well known law firms in the State of Alabama, Beasley, Allen, Methvin, Portis and Miles, P.C. where he learned a great deal about how to practice client-centered personal injury law. Upon graduating law school in September, 2001, Brian joined the Baldwin County District Attorney’s Office, where under the mentor-ship of former District Attorney, John David Whetstone, he earned his stripes in the courtroom prosecuting every crime imaginable from DUI to Rape to Murder. After leaving the D.A.’s office, Brian continued as a part time assistant prosecutor in the Cities of Gulf Shores and Foley while working for the law firm of Hoiles Dasinger and Hollon.

“The prosecutorial lessons I was blessed to experience have given me valuable insight when fighting for my clients. Knowing the other side’s strategies helps me to be fully prepared to properly defend my clients.”

“The most rewarding part of being an attorney is easing a difficult situation for good people. We work hard to earn the trust of our clients and are proud when we can deliver the best possible result for each of them.”

When Brian isn’t attending 3 Circle Church with his family, he’s busy accompanying his boys to Boy Scout Troop 47 activities and as a volunteer City and Upward Youth sports coach. He is also active in the community and is proud to be a part of Fairhope Kiwanis Club, the Eastern Shore Chamber of Commerce, the Baldwin County Executive Republican Committee and to serve as the President of Rock Creeks’s Sandy Ford POA. He also enjoys playing in many charity golf events that benefit local charities, businesses and organizations. Brian lives in Fairhope with his wife Amanda and their six children who all attend the Fairhope Public School System. Their family enjoys the beach, sports, arts, and the beautiful riches that Baldwin and Mobile Counties offer. 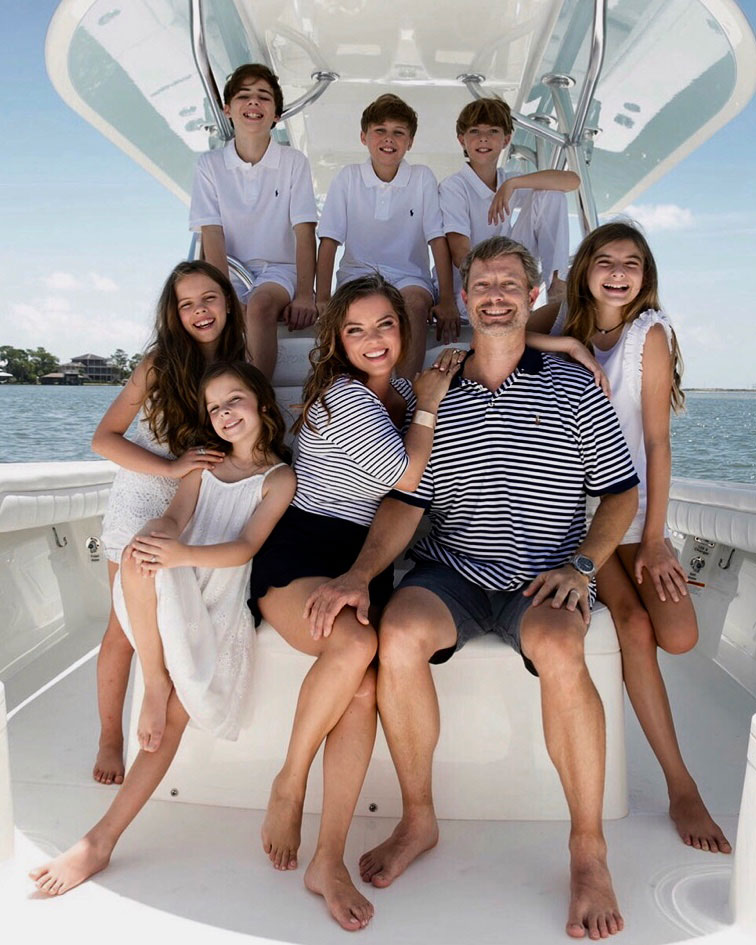 The Law Offices of Brian A. Dasinger